Delivering the goods for an old friend

Hampton comes through for Lincoln Nephrology and Hypertension PC

From the moment it opened its doors in 1996 as a small clinic providing Lincoln-area patients with diagnosis and treatment of kidney-related disorders, Lincoln Nephrology and Hypertension PC (LNH) has enjoyed a close relationship with Hampton Enterprises. For two decades, LNH was a third-floor tenant of Hampton’s 7441 O St. building. Then came the day when its founder, Dr. Les Spry, realized his business had outgrown its facility.

There was little hesitation. Spry and his leadership team went to Hampton to discuss a new building.

It wasn’t a snap decision. They first looked at numerous contractors, but it didn’t take long for key decision makers, including Dr. Son Tran and Practice Manager John Reinsch, to conclude the best solution was right in front of them.

“We’ve had a good relationship with them all those years,” Reinsch said.

Spry launched LNH with one other physician and three support staff. As the business grew, it expanded to its limit at just under 6,000 square feet in the third-floor location it shared with two other clinics. In 2016, with more than 30 employees on the payroll and patients requesting ground-floor access, the leadership team decided it had to start from scratch with a ground-floor, one-level building. They wanted to stay in the same neighborhood, so they chose a nearby site at 7401 O St.

“They outgrew their space a couple of times and they stuck with us,” she said. “Their easiest and best choice was Hampton. I think one of the reasons they chose to stay in the Corporate Centre development was because of how well we take care of it.”

“They were very attentive to our needs,” said Tran, who joined LNH in 2007, one of nine staff physicians.

Stokes proved to be detail-oriented throughout the project, from site preparation through the final walk-through. Building construction started May 1, 2017, and Hampton stayed on schedule through the new facility’s January 29 opening.

Hampton understood and delivered on LNH’s need for streamlined, user-friendly work flow throughout the building. Bennar and Stokes kept LNH leadership in the loop with meetings every three weeks. Tran was impressed with the way he stabilized and advanced the process, even when he received requests for modifications, including extra windows and doors.

“They kept all the subcontractors moving,” Tran said. “I’d be on-site and mention something in passing, and they’d follow up right away.”

Spry and his leadership team got just what they wanted — an 8,500-square-foot facility with 12 exam rooms (twice as many as before), 10 doctor’s offices, triple the lab space, a much larger, open reception area and a new conference room. Staff members appreciate amenities such as a well-appointed break room and enclosed open-air back patio.

Like many businesses, LNH is moving from a paper-based filing system to electronic information storage, so Tran was even more impressed when Bennar and Stokes suggested building a large file room that can be transformed into a pair of extra offices when paper files are no longer required and more space is needed for growth.

The final result pleased patients and staff, featuring abundant natural lighting and a calm, organic-earthtone color scheme creating a feeling of serenity that many have noticed.

Office Coordinator Kim Miller, who had significant input on the building’s design and interior finishes, called Stokes and his team  “a joy to work with.”

“They were very accommodating and very responsive,” she said. “And they still are. Mike still checks to see if everything is OK.”

After all, it’s just what old friends and neighbors do. 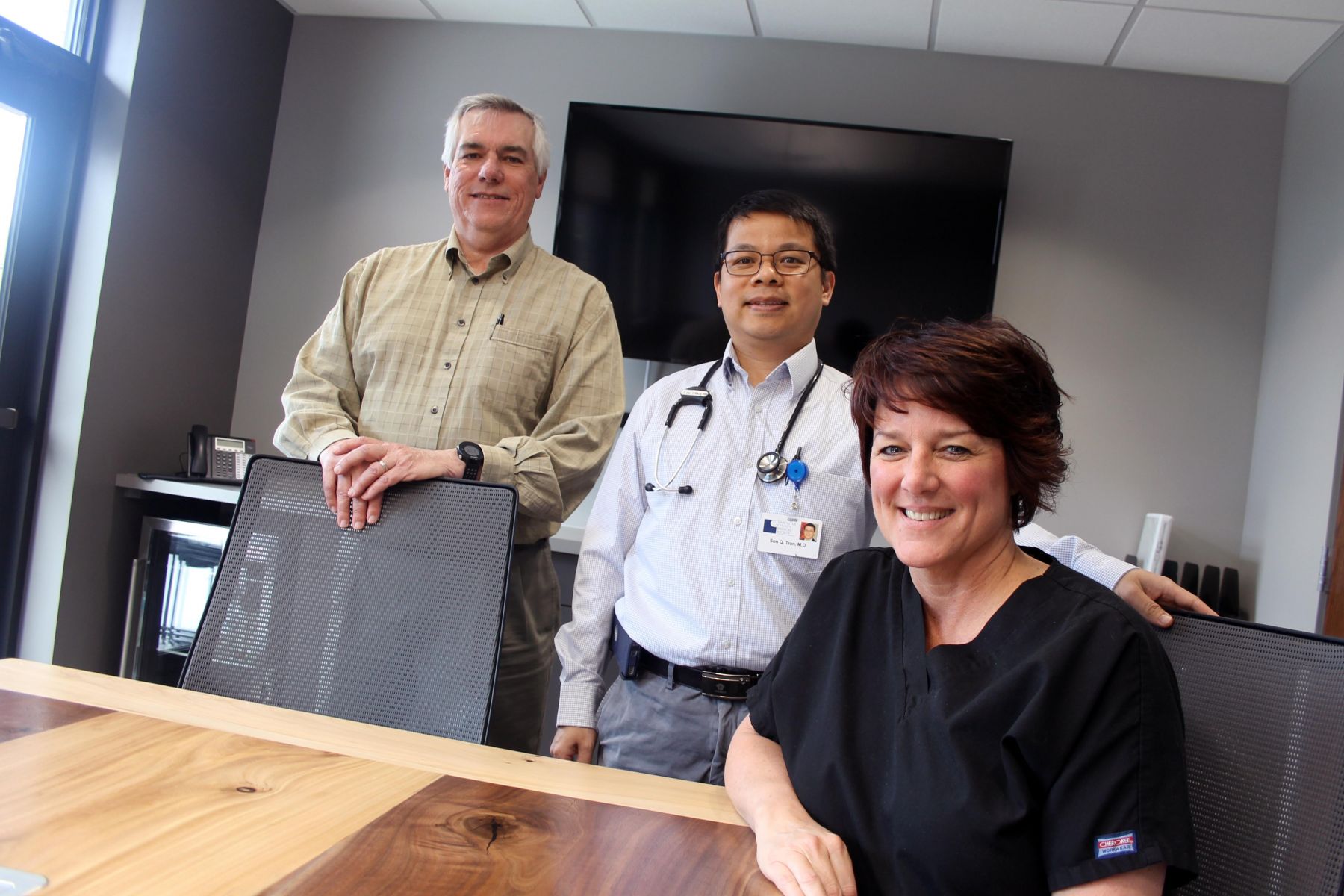 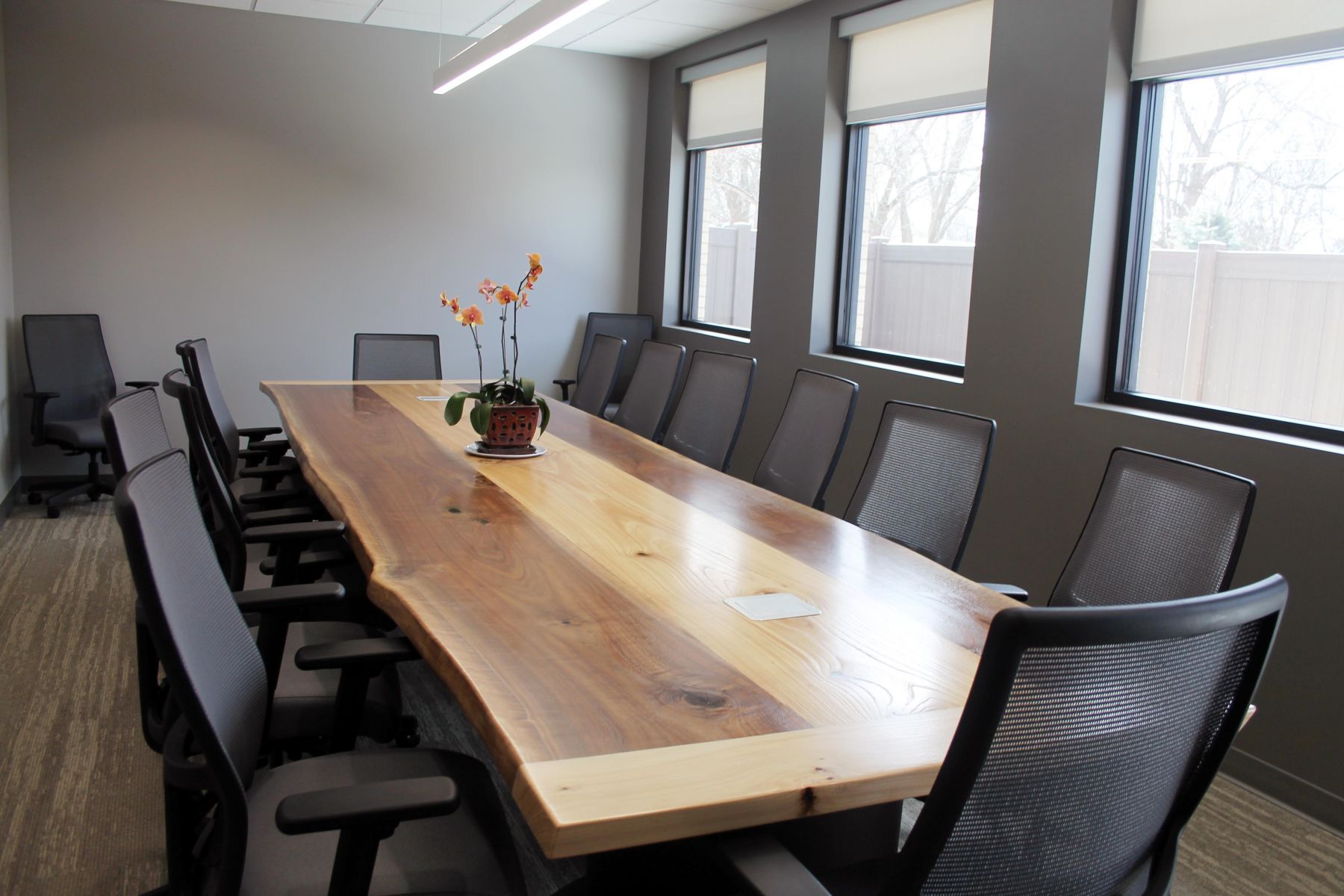 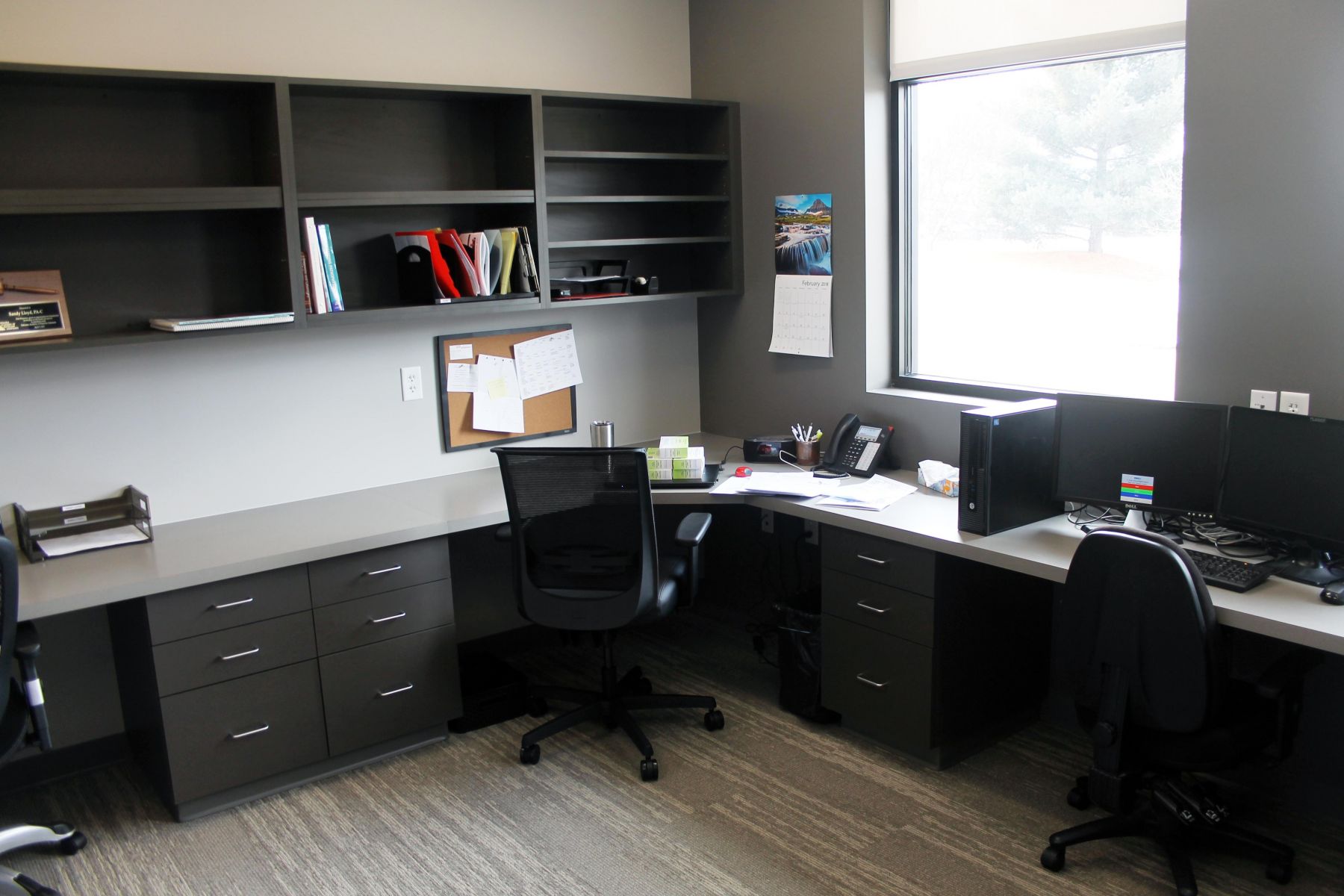 The new facility features twice as many physicians’ offices as the previous location. 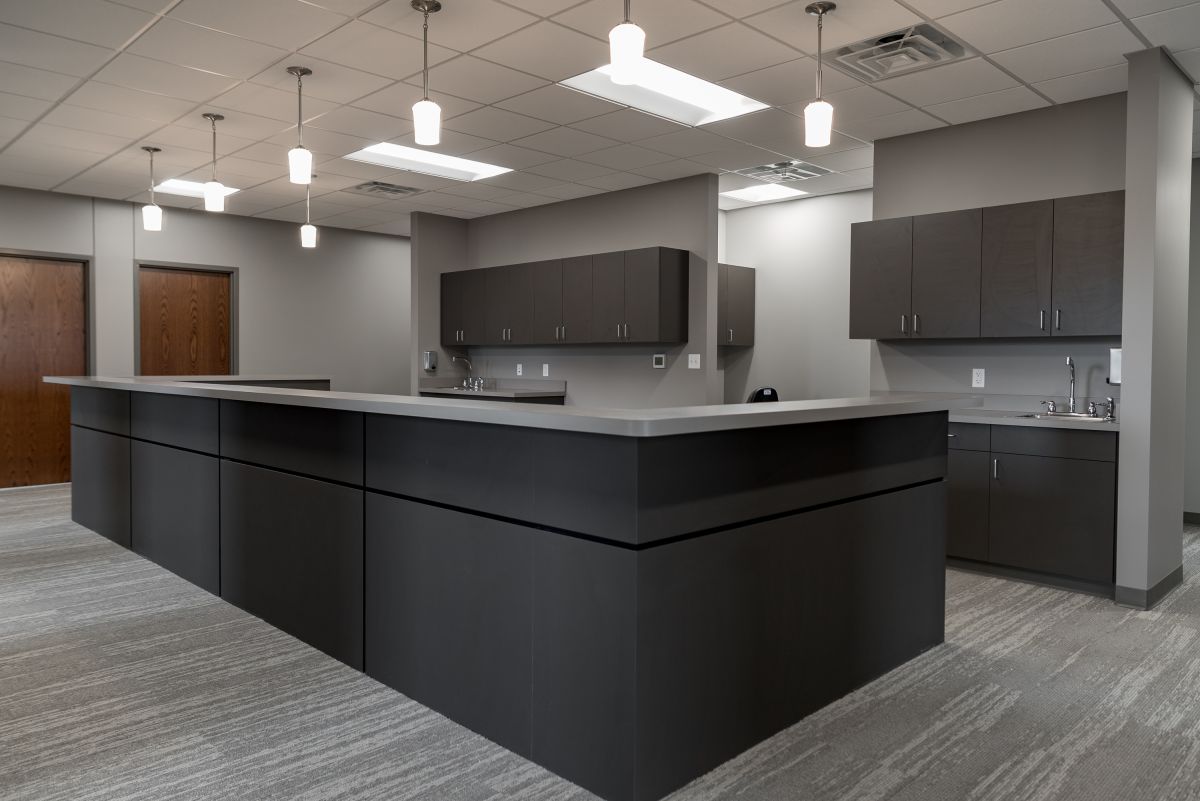