When Pius X High School students and staff in Lincoln filed in for the first day of school this year on Aug. 16, they were greeted with a 22,000-square-foot, two-story addition to the building’s northwest corner.

The Rev. James Meysenburg, the school’s chief administrative officer, said many people have commented how nicely the new addition’s exterior flows in appearance with the rest of the building at 6000 A St.

Hampton Enterprises | Properties & Construction served as the general contractor for the project that added 16 classrooms for subjects such art, computer-aided design and drafting, family consumer science, industrial arts, and musical ensembles. An elevator and stairs connect the two levels that have bathrooms on each floor, a faculty workroom, three individual music practice rooms, a new electrical service room and additional offices.

Features such as a beautiful inset drywall cross and a display case for art projects in the faith-based school demonstrate Hampton’s attention to detail, according to Principal Tom Korta.

The new addition is nice,” Korta said. “It was beautifully designed, and the construction was well done.” 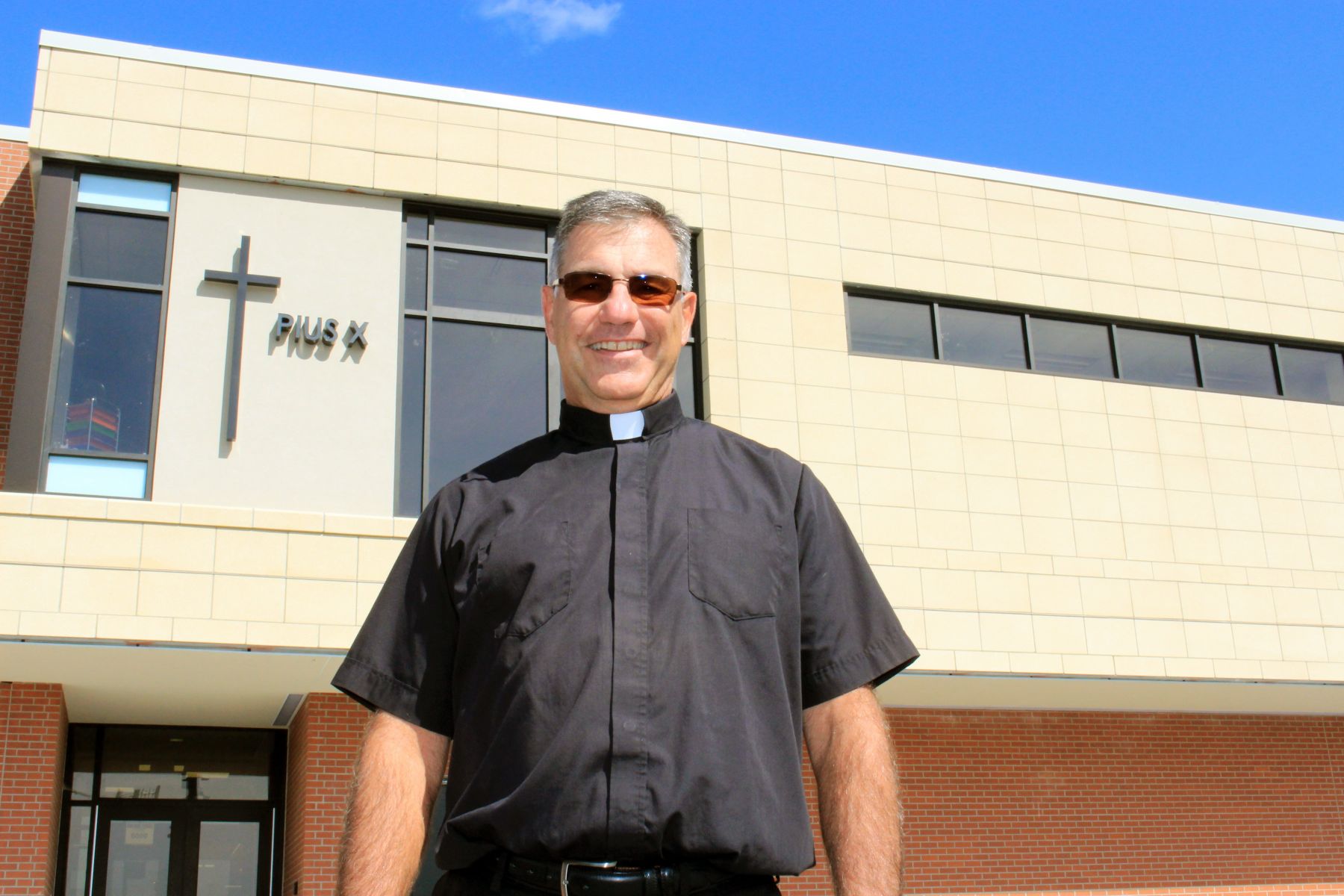 Prior to the Hampton project, Meysenburg said teachers had to deal with what he describes as overutilization of classroom space and noted Nebraska’s largest coed Catholic high school was using four portable classrooms to accommodate enrollment that had jumped from approximately 900 students about a decade ago to more than 1,200.

“We have been jammed to the gills,” said Meysenburg, adding how some teachers had to share classrooms. That hampered teachers from helping students after class or performing additional planning in their classrooms.

The new Hampton-led addition allows teachers to stay in their classrooms throughout the day more, which should be beneficial to them and the students, he said.

Being able to remove the portable classrooms also has added parking availability on the school’s east side. Other classrooms in the school’s older portion are being converted for additional needs to be met for the high school that brings in students from nine Catholic elementary schools throughout Lincoln and other surrounding communities.

“There’s something really unique that I like about having the one Catholic high school,” Meysenburg said. “It really unites the Lincoln Catholic community.”

For years though, Lincoln’s Catholic community has considered whether an additional high school would need to be constructed. The construction of the city’s first Catholic high school was announced in 1954, and there were 165 students in 1956. In 1961, the school added 11 classrooms, as well as a library, gymnasium and lobby with enrollment at 433. By 1967, enrollment jumped to 678 students with the first freshman class admitted. Enrollment again climbed to 933 by 1996.

With those numbers expected to continue growing, decisions had to be made whether to construct a new high school in the capital city or find ways to accommodate the students in one building.

Meysenburg said the decision was made about six years ago to have only one high school in the community for now, and steps were made incrementally to as he puts it “get the facilities up to snuff.” The opening of this addition has been an obvious piece to making that happen. 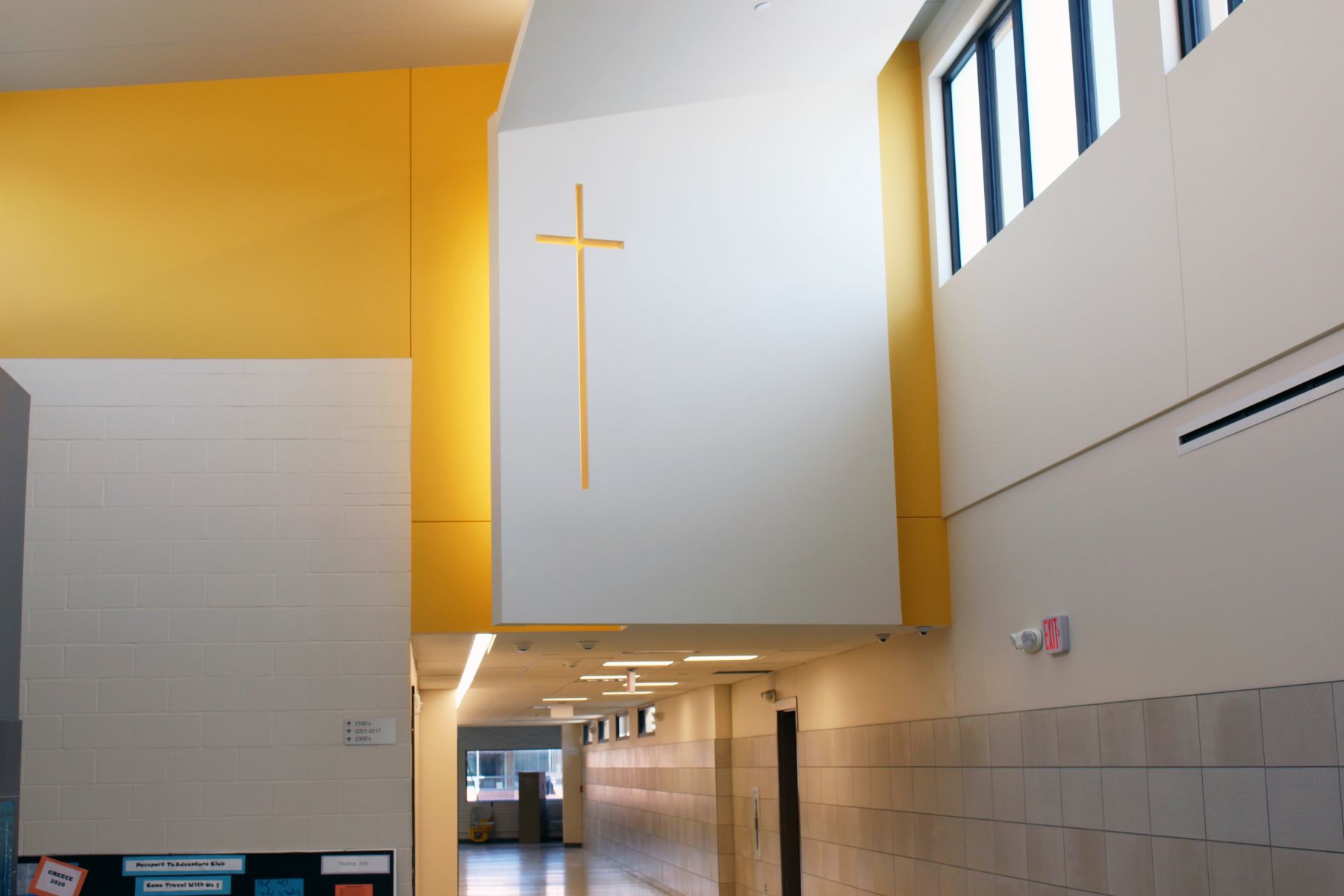 Korta and Meysenburg agree that Hampton personnel including Tom Neemann, project superintendent, and Dave McNeal, project manager, were fantastic to work with throughout the construction process.

“Hampton was cooperative and responsive to our concerns and ideas,” Korta said. “Their communication during the project was terrific.”

Meysenburg pointed out how there were monthly meetings with Hampton representatives as well as the architectural firm, The Clark Enersen Partners.

“If something came up between those monthly meetings, I always was notified,” Meysenburg said.

From the project’s beginning, Meysenburg talked to Hampton personnel about finding and discussing cost-efficient options. In fact, there were a couple decisions that could be made to save cost after value engineering was performed, said Meysenburg, who noted, “Tom and Dave were always straightforward.”

Looking toward the future, Pius X may seek to do construction for a performing arts center, locker rooms, administration offices and a chapel. And Hampton would definitely be considered, Korta said. 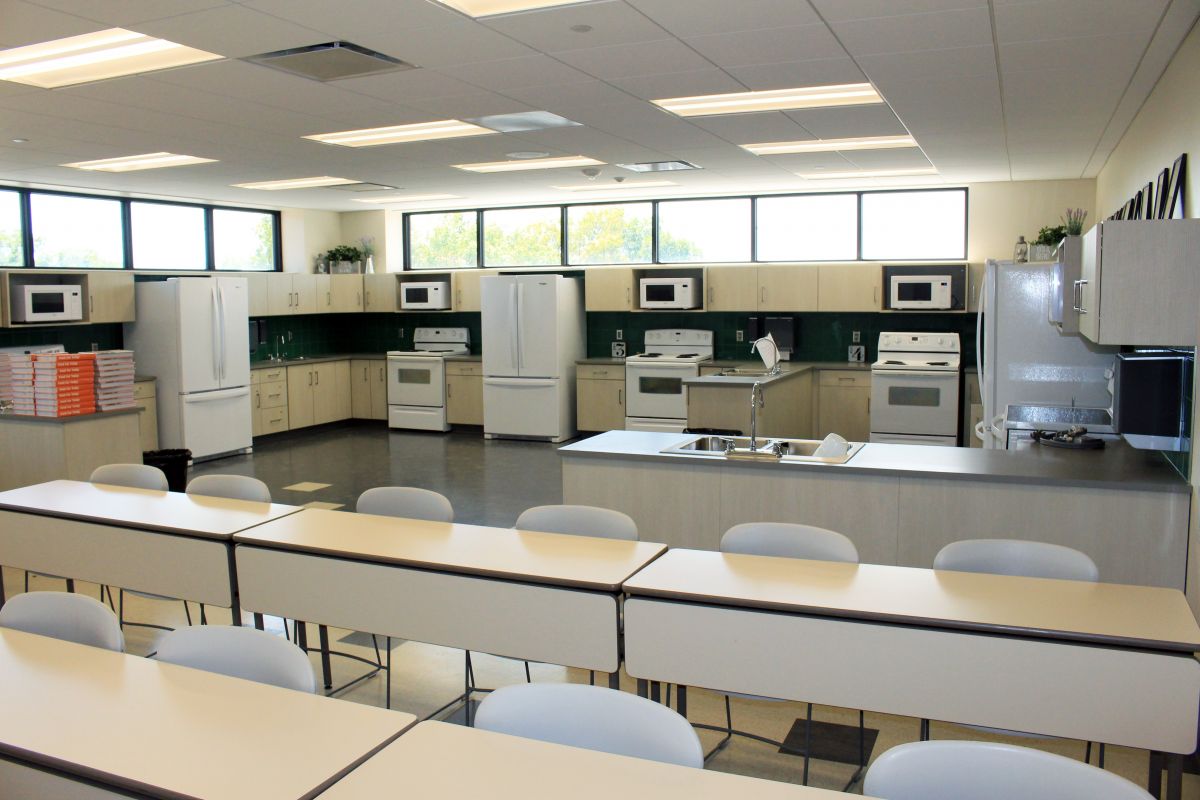 “I would highly endorse Hampton for any project and hope to work with them on future projects,” he said.