Once a common sight in Lincoln, Perkins signage had faded from view in the Star City, but the company’s senior leadership believed the iconic brand could make a comeback if the location was right.

When they found a suitable spot near Interstate 80’s 27th Street exit, they sought a trusted Lincoln contractor to build a new restaurant from scratch. They wanted someone who would faithfully communicate progress with off-site corporate decision-makers. They turned to Hampton Enterprises | Properties & Construction.

Lincoln’s newest Perkins Restaurant and Bakery at 7301 Husker Circle, which celebrated its grand opening Aug. 19, testifies to the wisdom of that decision.

The franchise uses preset designs for its buildings, but it’s easy to see when it’s done the right way, said Nick Rahfaldt, vice president of operations for CyHawk Hospitality, which manages various Perkins restaurants in Nebraska and Iowa. 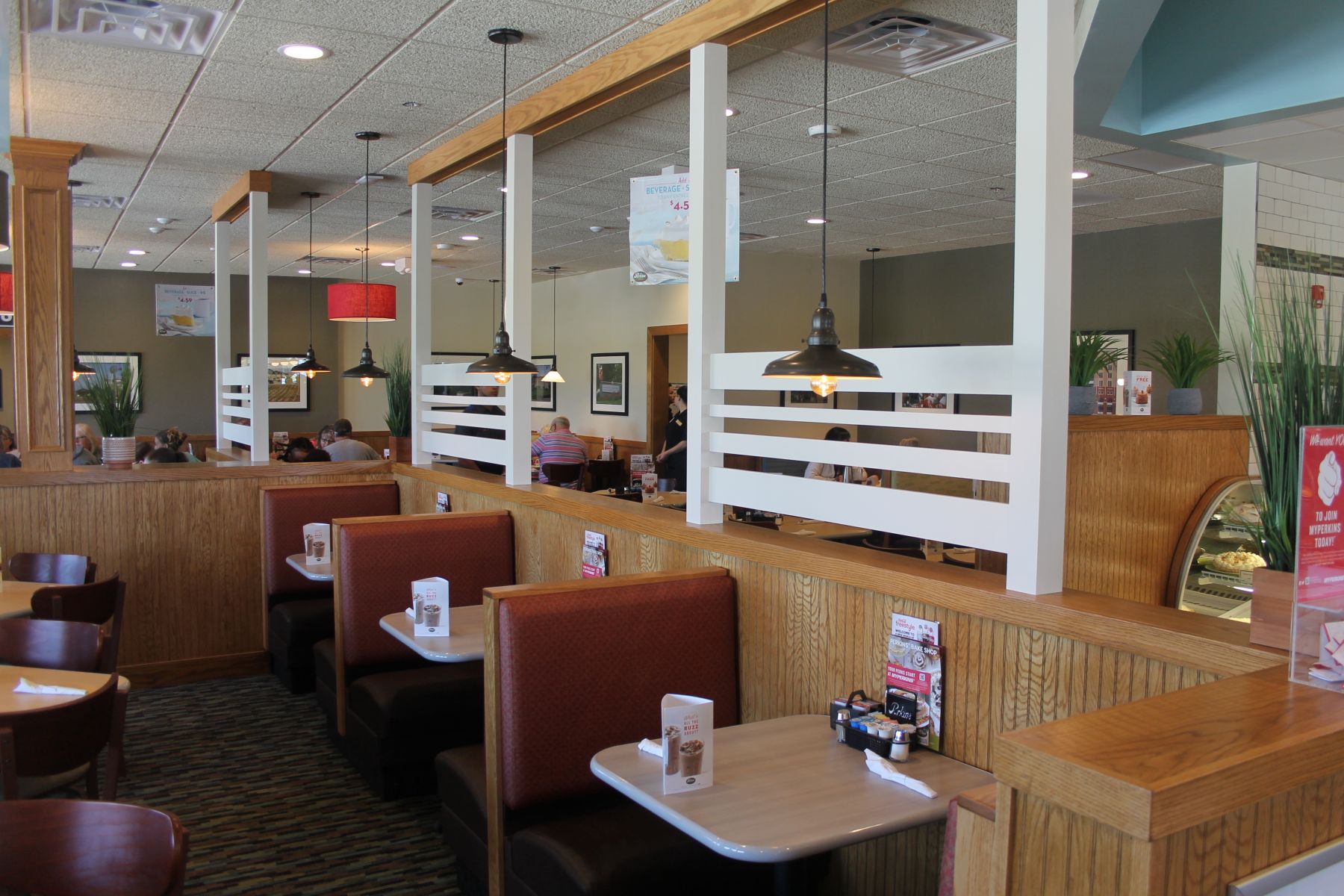 “You can tell the quality,” Rahfaldt said. “It’s hard to describe, but when you walk in this place, you can immediately tell it’s a well-built building.”

The project began Feb. 1, and Hampton met the turnover date of Aug. 9 as scheduled. Rahfaldt praised Construction Superintendent Byron Kringle and Project Manager Connor Kayton for the way Hampton kept the site tidy and organized. The project stayed on schedule despite a persistently cold, snowy winter followed by an extremely rainy spring.

“I always was impressed with how the site looked throughout the whole process,” Rahfaldt said. “That’s usually a good indication of how it’s going to turn out.” 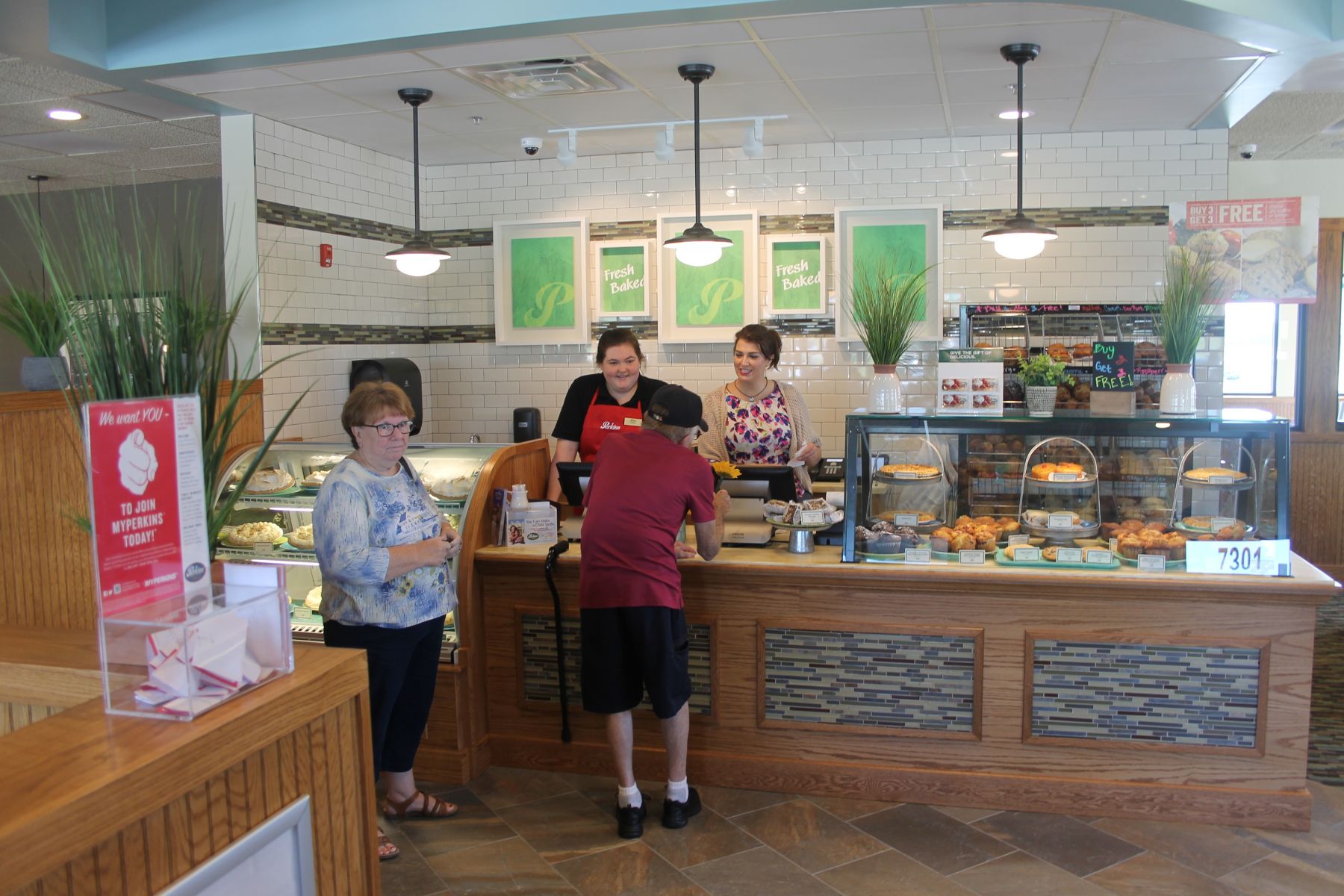 Rahfaldt also appreciated with the communication he got from Kringle and the on-site team. Weekly conference calls kept Perkins leadership in the loop, but Rahfaldt was even more impressed with Hampton’s use of CompanyCam, a photo app that allowed him to see fresh on-site images.

“They updated it every day,” Rahfaldt said. “When I was in Iowa, I just logged in and checked the progress. That was just another tool for us to see the progress.”

At 4,800 square feet, the building fits the classic Perkins standard, creating a comfortable environment for customers who want to enjoy a family-friendly fresh and tasty meal. Hampton quietly made that possible, efficiently handling all subcontracting details, allowing Rahfaldt and his team to concentrate on marketing their latest I-80 location and hiring new employees to successfully return a familiar, yet new, restaurant to Lincoln.

“It was a perfect fit for location and a local contractor,” Rahfaldt said. “Their bid was competitive. It worked out great.” 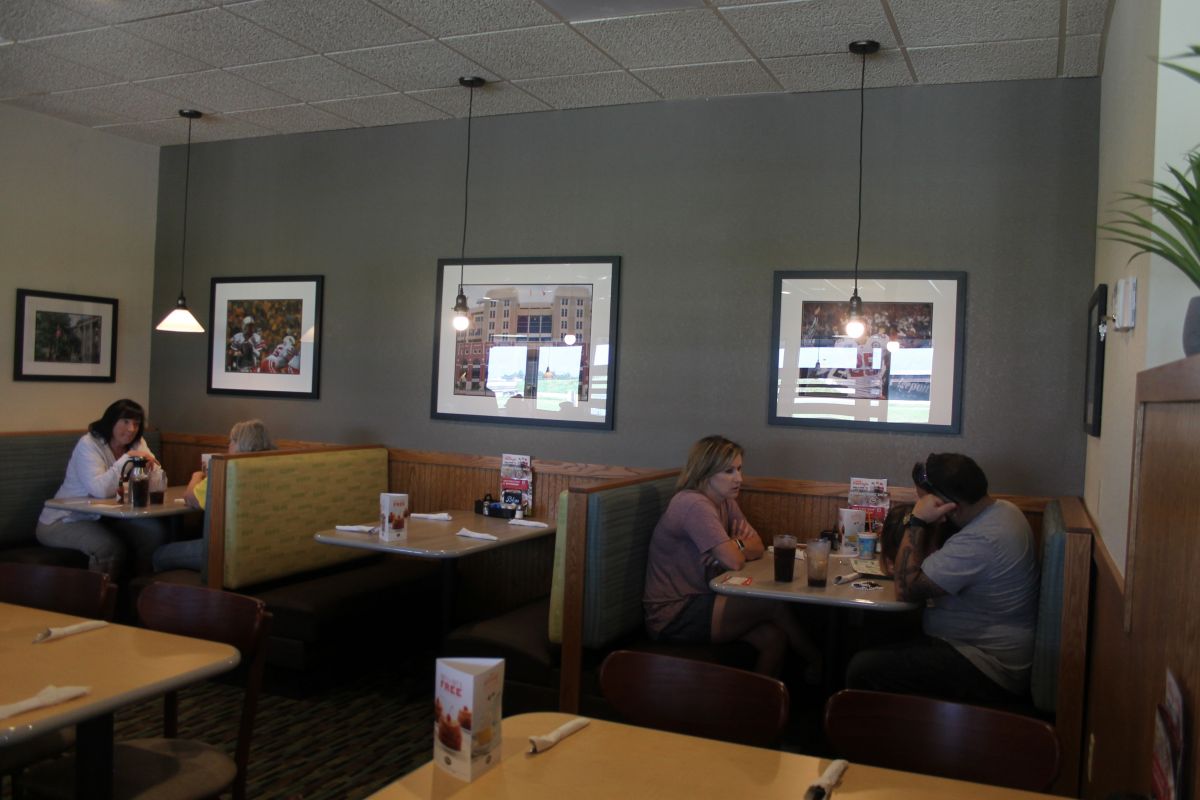