Leaders at the University of Nebraska-Kearney eagerly awaited a state-of-the-art early childhood education center to serve their faculty and local families, and to bolster their school’s reputation. The architect envisioned the $7.8 million facility finished and occupied within 62 weeks of the Aug. 29, 2018, start date.

Mother Nature — less concerned about the timing and impact of the center’s opening — sent a March flood of historic proportions to bog things down, and just for good measure, added another in July serious enough to force the evacuation of at least 300 people a short distance from the campus.

Faced with significant weather delays to the project, Site Superintendent Merle Gifford, Project Manager Connor Kayton and their Hampton crew adjusted to the circumstances and soldiered on to keep the highly visible project on schedule. They planned and executed an engineered fill, excavating compromised soil and replacing it with new soil. Then they made up time throughout the summer and fall.

“Hampton worked through the weather issues to meet the milestone dates that were established early on,” said University of Nebraska architect Alan Wedige. “Rain and flooding were issues this year, and Hampton adjusted their operations and together we adjusted our schedule to deal with those issues.” 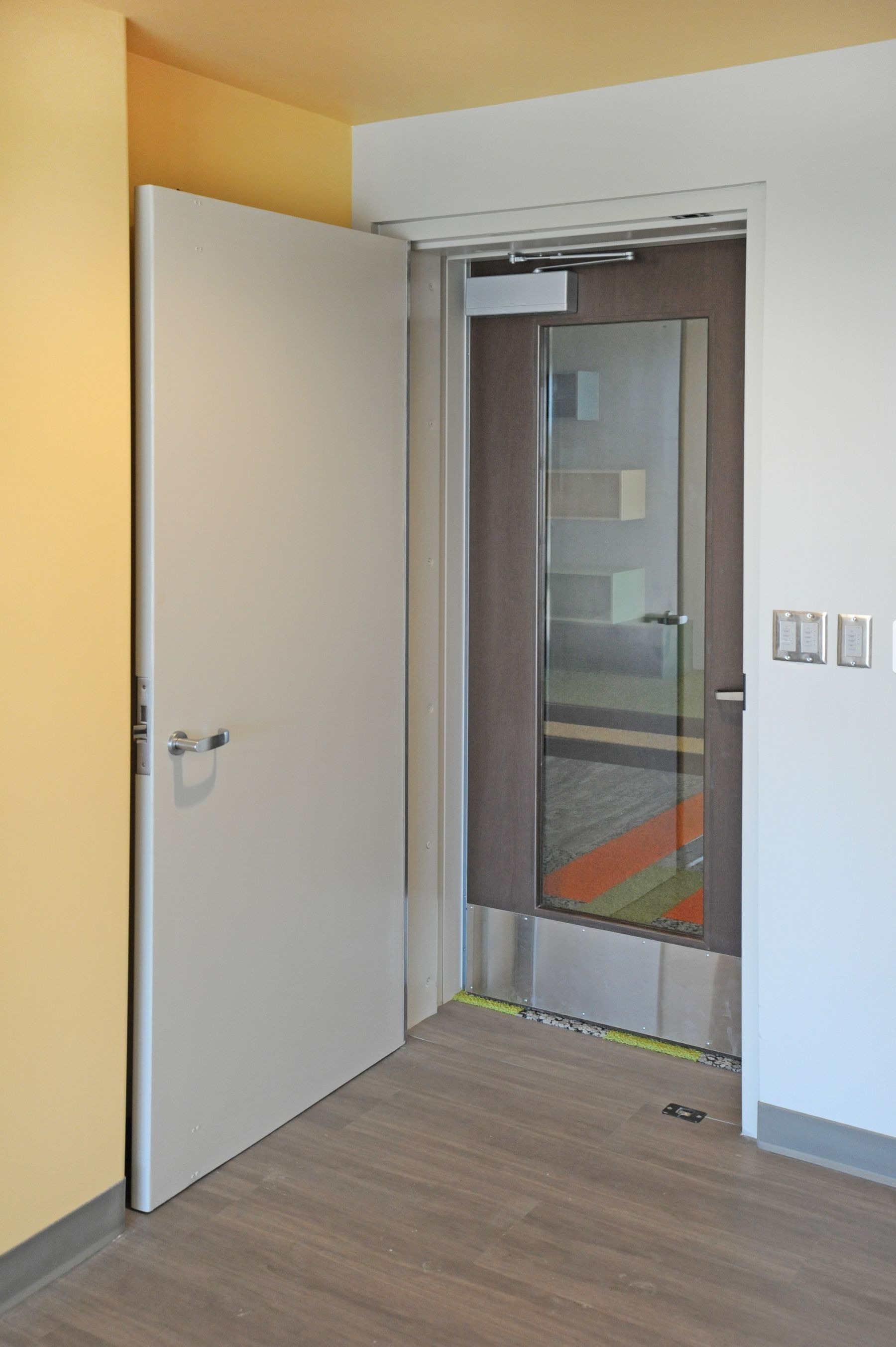 The classroom shelters have reinforced storm doors with triple deadbolts

A few weeks earlier, during the Oct. 8 ribbon cutting ceremony, Chancellor Doug Kristensen called the 19,900-square-foot building a “shining jewel” on the UNK campus while noting the impact it will have on local families, UNK students and communities throughout central Nebraska.

“The Plambeck Center is going to be a model for the best early childhood education centers in the United States,” Kristensen said. “There’s really no place like this in the state of Nebraska.”

In addition to serving Kearney-area families, the Plambeck Center will address a statewide need for early childhood educators by training undergraduate and graduate students in a hands-on setting that exposes them to the best teaching methods. It will serve as a lab school for UNK and University of Nebraska Medical Center students who will collaborate in areas such as teacher education, family studies, nursing, physical therapy, social work, communication disorders, fine arts and psychology. 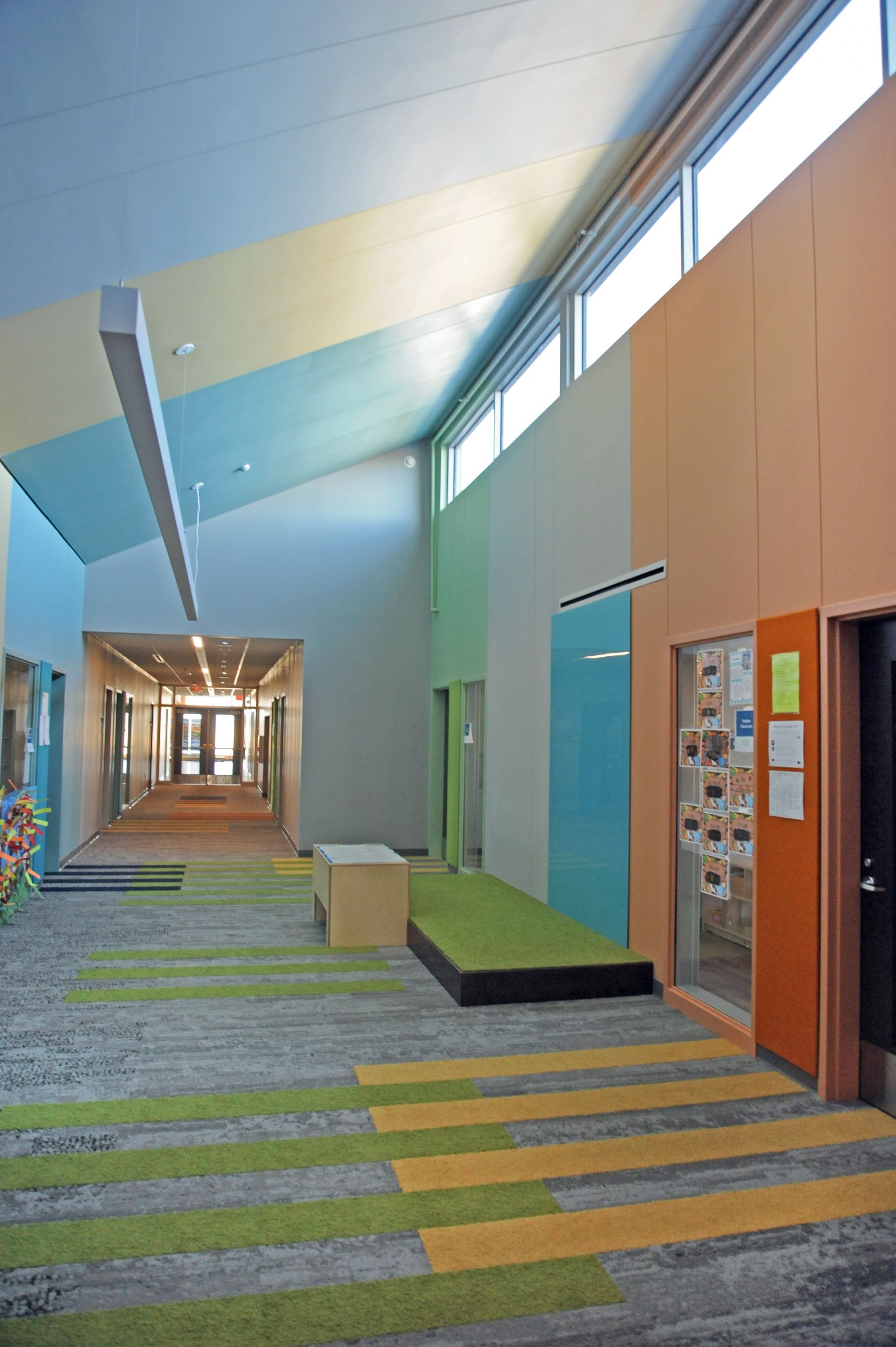 The center, which is located on the south side of U.S. Highway 30 near Village Flats Residence Hall, features 11 classrooms led by teachers who will lead an education program for children from infant to age 6, including those with special needs. There are two infant classrooms, three toddler classrooms and six prekindergarten classrooms.

“The University’s goals were to provide high quality early childhood programs and serve as a model to the state of Nebraska,” Wedige said. “The building required efficient organization of space to promote developmentally-appropriate activities for cognitive, social, emotional, and physical growth for the children. Hampton met these goals for the University by delivering on the construction as outlined in the design documents.” 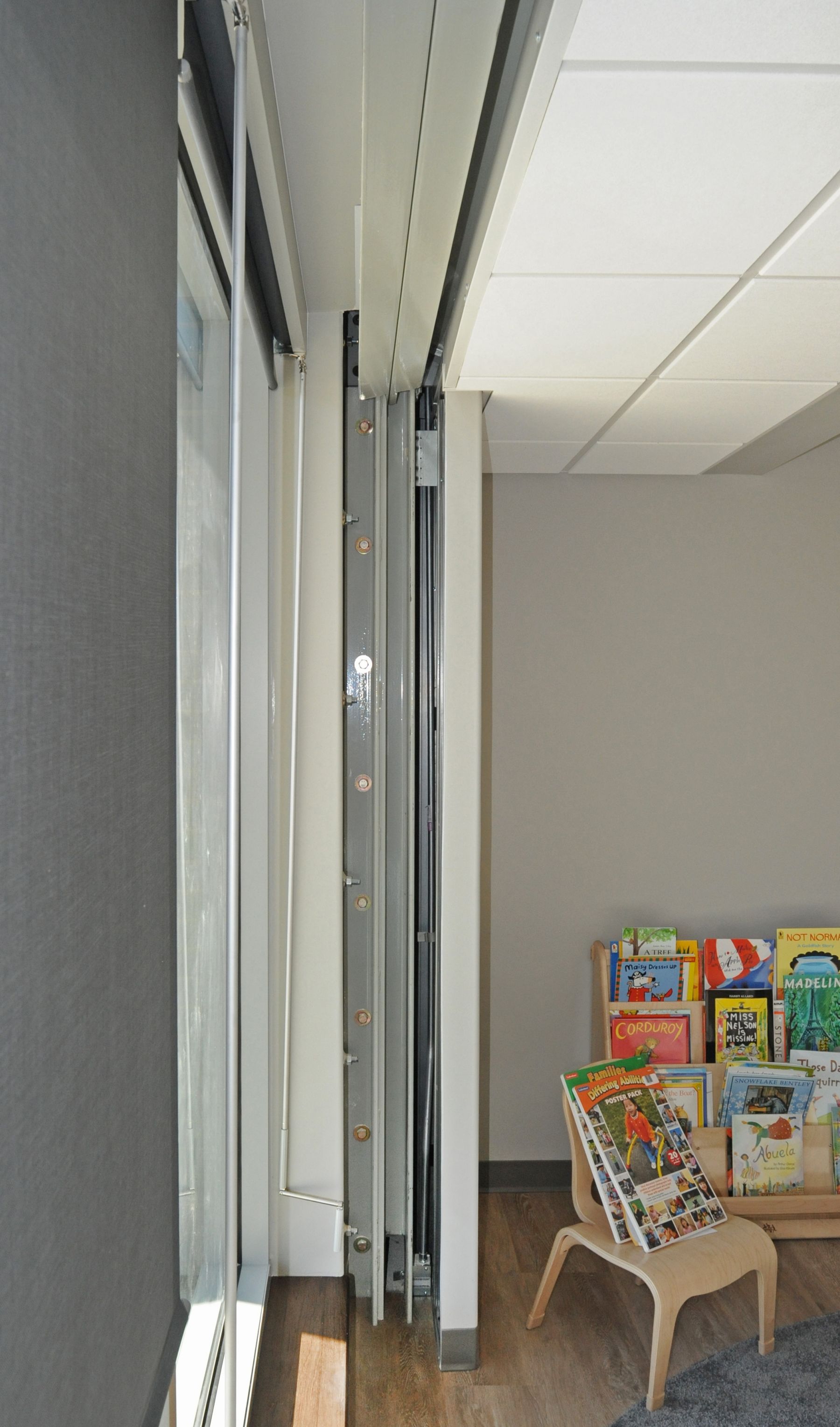 Two adjoining classrooms can provide shelter for all students and staff during a weather emergency. They are equipped with steel storm shutters that can be lowered and are rated to withstand an EF3 tornado