As a small town with multiple buildings on the National Register of Historic Places, community pride abounds in Beatrice.

Fire/EMS Chief Brian Daake, who has been part of the city’s fire department for more than three decades, is familiar with the community’s esteem for its public buildings such as the Gage County Courthouse and the Downtown Historic District, which includes the Beatrice City Library and the Municipal Auditorium. That’s why Daake is particularly proud to show visitors around his impressive new surroundings.

In December 2021, he and his 24 Beatrice firefighters moved out of cramped quarters in the Municipal Auditorium basement and immediately began reaping the benefits of a new 37,608-square-foot facility at 300 S. Sixth St., a workspace designed by JEO Architecture Inc. and built by Hampton Enterprises — Properties & Construction.

“I like the outside of the building because it looks like a fire station and not a machine shed,” Daake said. “I think it's important in any community to give an undertone of safety and security, which shows the city cares about its citizens.”

The city council chose Hampton for the building’s construction, and Daake is glad things worked out that way. He says the company has a “very professional group,” which excelled in communication. Led by Project Manager Jason Hulsebus and On-site Superintendent Adam Miller, Hampton continually moved the job forward despite COVID-19-influenced supply chain delays after groundbreaking in spring 2020.

“Luckily, Hampton locked in prices for supplies right away when they got the bid, so we didn’t increase our expenses,” Daake said.

The Beatrice Fire Department has supplied local fire service all the way back at least to its official organization in 1910, when it was established at Fifth and Market streets. In 1965, the fire department “temporarily” moved into the basement of the auditorium, which became its de facto home for more than a half century. There were 15 firefighters on the rolls until 1994, when the fire department added ambulance service for the southern two thirds of Gage County to its duties.

Daake said the fire department went from roughly 1,500 annual calls a year that year to 3,073 for 2021, which set a city record. With more work to do and more vehicles and equipment to account for, a bigger facility was needed.

“We had vehicles stacked bumper to bumper; we had to turn sideways just to get through to the vehicles, because it was parked that tight,” he said. The old building’s apparatus bay was 6,000 square feet, and the new building provides 16,000 square feet for this area.

The new facility also is designed with efficiency in mind. For example, there’s a direct route from firefighter dormitories to the apparatus bay, and there’s a designated wash bay that allows for year-round indoor washing of vehicles.

Additionally, Daake stressed the importance of providing nice, safe working and living areas for the firefighters who cover 24-hour shifts. The new facility delivers that with improved employee quarters, with one bed per dorm room, and a shared bath between every two dorms. There’s an exercise room, and a large, modern kitchen/dining area that opens to a patio.

Having never been part of a project such as this, Daake said he had an initial vision of what the building would look like. But he notes how proud he is that Hampton “definitely exceeded my expectations.” 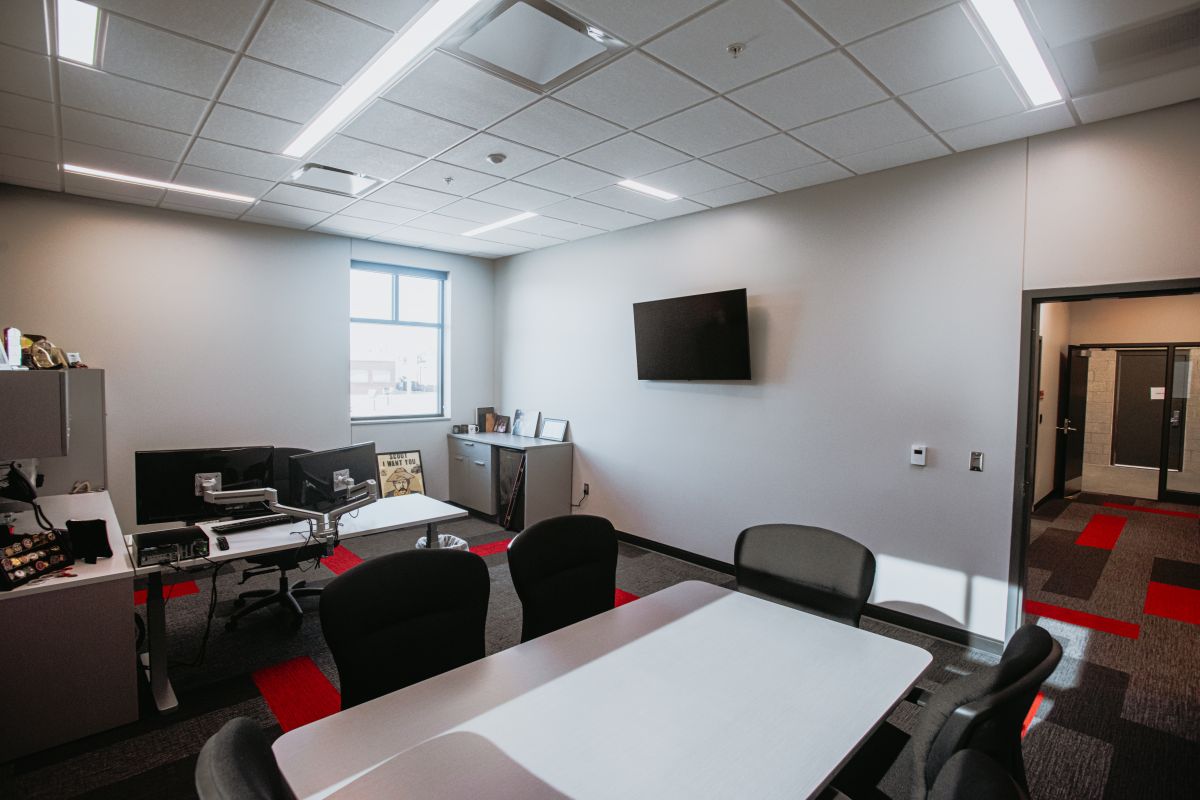 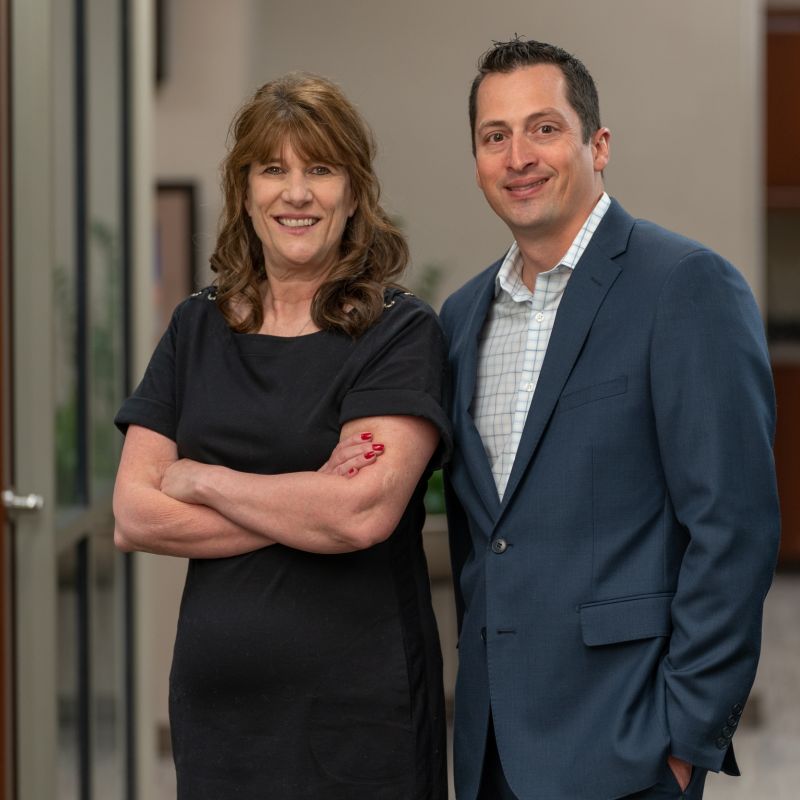 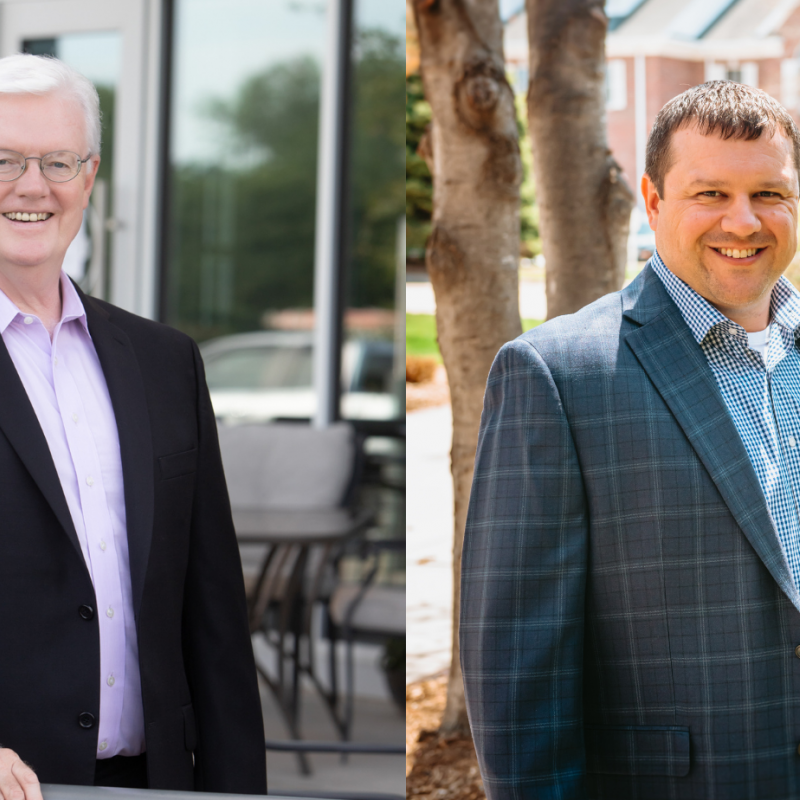 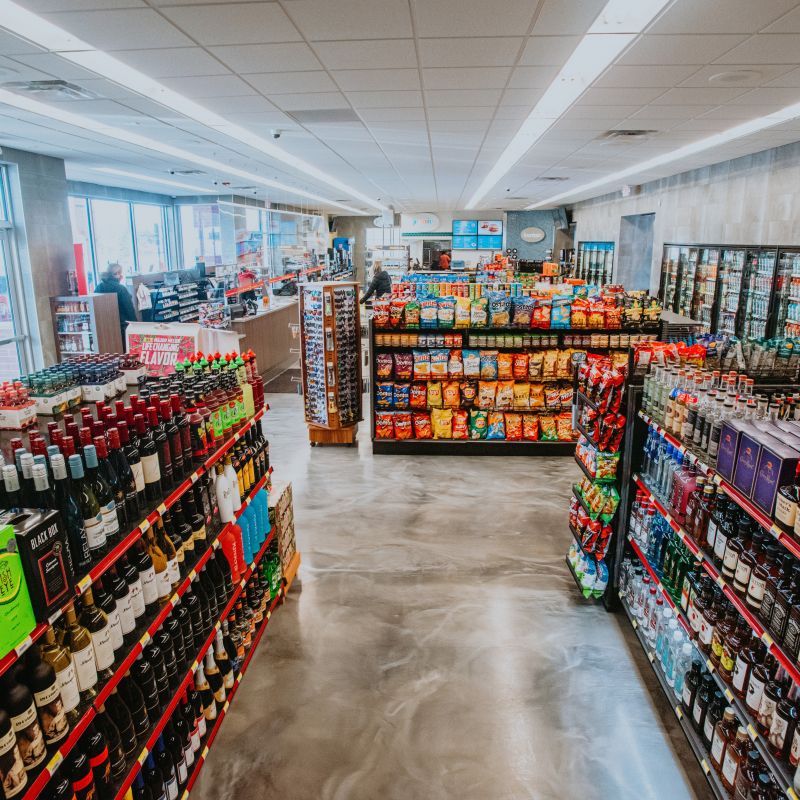